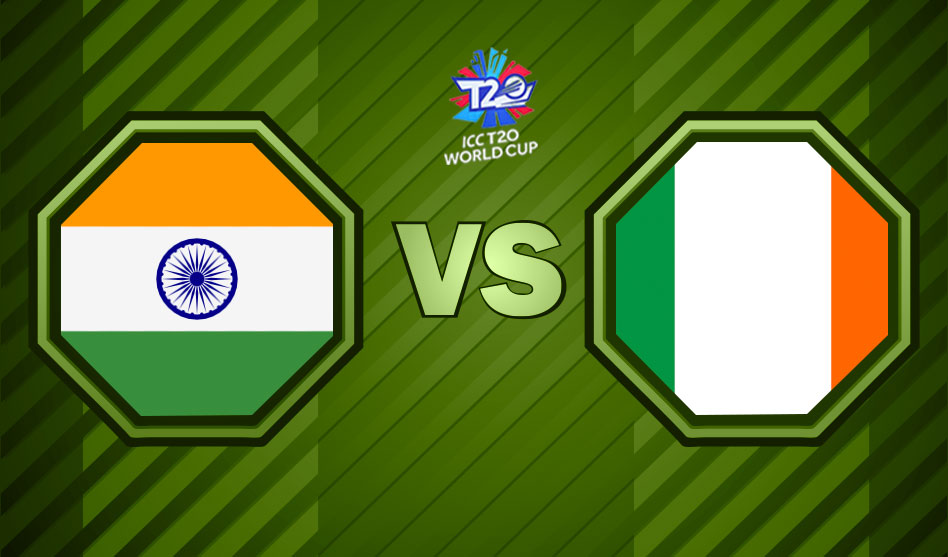 Ireland and India will lock horns in the first game of the two-match T20I series on Sunday, June 26, at The Village in Dublin.

India will be captained by Hardik Pandya, who was rewarded after he led the Gujarat Titans to glory in the Indian Premier League (IPL) 2022. Rishabh Pant, who captained India in the T20I series against South Africa, has been given rest.

The series is also a chance for Rahul Tripathi to show that he belongs at the highest level. The Maharashtra batter earned his maiden call-up to the Indian team after he performed exceptionally well for the SunRisers Hyderabad (SRH) in the IPL.

The pace bowling duo of Arshdeep Singh and Umran Malik will also be hoping to get an outing after warming the bench in the series against the Proteas.

Ireland, on the other hand, has given maiden call-ups to top-order batter Stephen Doheny and fast bowler Conor Olphert after they performed well on the domestic circuit.

The hosts, in the meantime, have left out all-rounders Shane Getkate and Simi Singh from the squad. Paul Stirling is fresh from scoring runs in the T20 Blast, and the focus will be on the hard-hitting top-order batter.

Ireland had improved its T20 cricket in some previous years, and they are trying to take some important steps to make new changes. We can see an aggressive Ireland team in this home series against India. Andrew Balbirnie will be leading Ireland in this series against India. He is a good batter and has played 66 T20 matches for Ireland. Harry Tector and Gareth Delany are the other batters in the squad of Ireland.

Ireland has some big names of all-rounders in the squad for this series. Curtis Campher is the key all-rounder in the squad of Ireland. Stephen Doheny and Lorcan Tucker are the wicket-keeper batters of Ireland. The bowling department of Ireland is also strong and experienced, and they have been good in the home conditions. Mark Adair, George Dockrell, Joshua Little, Andy McBrine, Barry McCarthy, Conor Olphert, and Craig Young are the leading bowlers of Ireland.

India will play a series against Ireland before the start of the tour of England, and this can be a warmup series for India. He had tied a T20 series at their home conditions against South Africa recently. Once again India will miss their star players in this series against Ireland, same as against South Africa. The T20 World Cup is not very far, and this series is very important for both teams. India had produced the best batters in the format of T20 cricket. We think that Ishan Kishan and Ruturaj Gaikwad will open the batting inning for India in this series, while Suryakumar Yadav will come to bat at number three.

Hardik Pandya, Dinesh Karthik, and Sanju Samson are available to handle the middle batting order of India, while we think that Deepak Hooda, Venkatesh Iyer, and Rahul Tripathi will not be the part of the final playing eleven for this match. India has a lot of power hitters in their batting squad. If India bats first in this match, we are sure that they will put more than 200 runs on the board. The bowling department of India is also strong and experienced, but it will not be very easy for management to pick the best bowlers for this match. Bhuvaneshwar Kumar, Avesh Khan, Yuzvendra Chahal, Axar Patel, and Harshal Patel can get a chance to play this match. Umran Malik, Arshdeep Singh, and Ravi Bishnoi can miss this match.

Ireland had played a total of 122 T20 matches so far. They won 53 matches while other teams won 61 matches. Seven matches in Ireland ended with no result, and one match was tied.

India had played 152 T20 matches right now with 88 wins to their name, while they had lost 62 matches. Their two matches ended with no result.

Ireland had played 3 T20 matches against India where they had not won any match while India had won all three matches.

The toss is going to play an important role in the decision of each and every match of this series. According to toss prediction, the team who will win the toss may elect to bat first.

The 1st T20 Match match between Ireland and India is going to be played at The Village, Dublin. The pitch at this stadium is excellent for batting. The boundaries at this venue are short and will bring the spinners into play. The pitch will continue to be good for batting throughout the match. A total of 190 can be difficult for batting second to chase.

The weather forecast in Dublin on match day is good for a cricket match. There are some chances of rain, but that is possible that we may have an interrupted match.

WINNING CHANCES OF TODAY’S MATCH FOR THE BOTH SIDES

India has a 70% chance of winning this match.

Ireland has a 30% chance of winning this match.